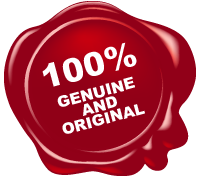 I stumbled across this article

on Entrepreneur.com that detailed the 10 behaviors of genuine people today, and I love reading it so much I had to share with you all.

Full credit to the author

Steve. I am soaking this all in! Being genuine and surrounding myself with genuine people are what I’m about these days. Hope y’all are doing the same! XOXO


“Whether you’re building a business

, a network, or friendships, you always want to look for people who are genuine. After all, nobody wants to work or hang out with a phony. On the flipside, that goes for you, as well. Bet you never considered that.
In case you’re wondering, genuine means actual, real, sincere, honest. Genuine people are more or less the same on the inside as their behavior is on the outside. Unfortunately, it’s a tough quality to discern. The problem is that all human interactions are relative. They’re all a function of how we perceive each other through our own subjective lenses.
Being genuine is also a rare quality. In a world full of phony fads, media hype, virtual personas, positive thinkers, and personal brands – where everyone wants what they don’t have, nobody’s content to be who they are, and, more importantly, nobody’s willing to admit to any of that – it’s becoming more and more rare all the time.
To help you identify this rare breed — in yourself, as well — this is how genuine people behave.

They don’t seek attention. They don’t need constant reinforcement of their own ego. Where attention seekers have a hole that constantly needs to be filled, genuine people are already filled with self-confidence and self-awareness.
They’re not concerned with being liked. The need to be liked is born of insecurity and narcissism. It creates a need to manipulate your own and other’s emotions. Confident and authentic people are simply themselves. If you like them, fine. If not, that’s fine, too.
They can tell when others are full of it. Perhaps naïve folks can be easily fooled, but genuine people are not naïve. They’re grounded in reality and that gives them a baseline from which they can tell when things don’t add up. There’s a big difference.
They are comfortable in their own skin. In his late 70s, actor Leonard Nimoy said he was closer than ever to being as comfortable with himself as Spock appeared to be. Most of us struggle with that. As Henry David Thoreau

observed, “The mass of men lead lives of quiet desperation.”
They do what they say and say what they mean. They don’t tend to overreach or exaggerate. They meet their commitments. And they don’t parse their words or sugarcoat the truth. If you need to hear it, they’ll tell you … even if it’s tough for them to say and for you to hear.
They don’t need a lot of stuff. When you’re comfortable with whom you are, you don’t need a lot of external stuff to be happy. You know where to find happiness – inside yourself, your loved ones, and your work

. You find happiness in the simple things.
They’re not thin-skinned. They don’t take themselves too seriously so they don’t take offense when none is intended.
They’re not overly modest or boastful. Since they’re confident of their strengths, they don’t need to brag about them. Likewise, they don’t exhibit false modesty. Humility is a positive trait but it’s even better to just be straightforward.
They’re consistent. You might describe genuine people as being weighty, solid, or substantial. Since they know themselves well and are in touch with their genuine emotions, they’re more or less predictable … in a good way.
They practice what they preach. They’re not likely to advise people to do something they wouldn’t do themselves. After all, genuine people know they’re no better than anyone else so it’s not in their nature to be self-righteous.
All those seemingly different behaviors have the same thing at their core: self-awareness that’s consistent with reality. Genuine people see themselves as others would if they were objective observers. There’s not a lot of processing, manipulating, or controlling going on between what’s in their head and what people see and hear.
Once you get to know them, genuine people turn out to be more or less consistent with the way they initially hold themselves out to be. What you see is what you get. It’s sad that, in today’s world, such a positive quality is at risk of becoming endangered. Not only is it harder to find in others, it’s becoming harder to be genuine ourselves.”

I am re sharing this from Evelyn Lozadas web site


Thank you for visiting my blog! 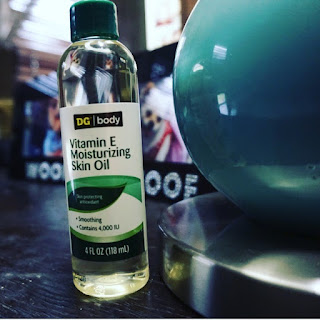